Everyone would love to have a healthy, lush green lawn.

Many of us work in our yards each weekend trying to keep the weeds at bay and the occasional fire ant infestation in check, but many of us are unaware of the many insects that can live in the soil beneath our lawns and the damage they can cause. There are also different types of fungus that can attack our lawns causing the grass to die.

As homeowner’s we need to stay on top of our lawns and look for signs of problems. Finding problems and having the time to deal with them however are two different things. Gillen Pest Control is here to help you!

The adult cinch bug has a black body measuring about 6 mm in length with wings that are white with a black spot on the margins of the forewings. They have needle-like mouth parts and feed by inserting their slender beak into the grass blades and sucking the plant juices. As it sucks the juices, it releases a toxin that causes yellowish, brownish patches in the lawn. 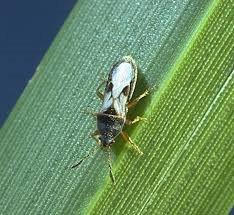 The beetle we refer to as “June Bugs” in our area is actually the adult stage of the White Grub. We commonly see these beetles flying around our porch lights on summer evenings. These beetles are a major lawn problem in our area. The adult June Beetle emerges from the ground in late spring and early summer to make and lay their eggs. The adult beetles do not feed, so they only live a very short time. The White Grub which is the larvae stage, feed in the soil for the remainder of the summer and when weather cools they dig deep into the soil to over winter. 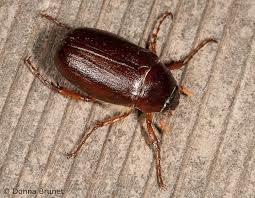 Fungus is an airborne transmitted turf disease. Brown Patch and Fairy Ring are very common fungal problems in our area.

Brown Patch is a disease common to Bermuda and St. Augustine grass. It starts as a small spot and can quickly spread outwards in a circular or horseshoe patter up to a couple of feet wide. Often times, while spreading, the inside of the circle will recover leaving a brown resembling a smoke-ring. Grass blades can easily be pulled from its roots because the fungus destroys the tissue at the base of the grass blade. 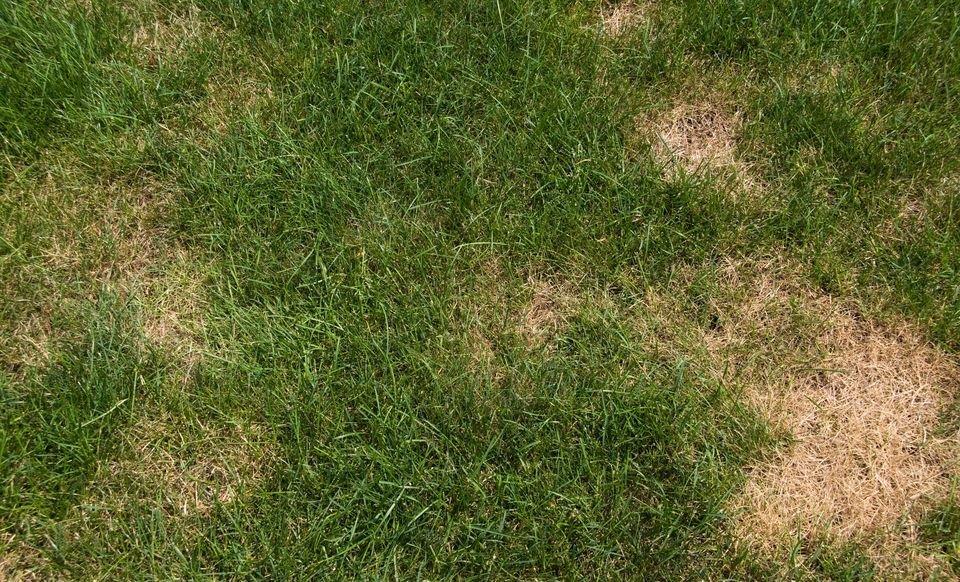 Fairy Ring is caused by a number of species of mushroom-forming fungi. The rings are formed by fungi that inhabit the soil underneath the turf or thatch area. The fungi break down the plant material or they cause a hardened layer of soil above the areas of their active growth that prevents water penetration into the soil which often causes the sod to die.